Register for Financial Planning Today website for FREE to view more stories and get our daily newsletters. Click on 2 stories to see Registration pop up.
Monday, 06 June 2022 11:08 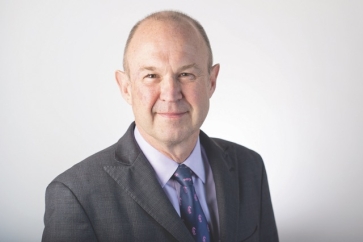 The CEO of The Pensions Regulator, Charles Counsell, is to step down in 2023 after deciding not to seek a second term.

During his time as CEO, Mr Counsell has launched a new 15-year strategy to put savers “at the heart of all it does” and embraced the shift from defined benefit to defined contribution saving, the TPR said.

The TPR has been heavily involved under his leadership in the fight against pension scams and in implementing new legislative powers under the Pension Schemes Act 2022.

The regulator has also worked closely with the FCA. Alongside this, there has been consolidation in the DC market, with 36 DC master trusts now authorised, containing more than 20m saver memberships and £79bn in assets.

Mr Counsell previously spent six years at the TPR as executive director for Automatic Enrolment, responsible for the roll-out of this programme across the UK. Automatic enrolment now has more than 10 million workers saving into a workplace pension.

Mr Counsell said: “My time as chief executive of The Pensions Regulator has been tremendously rewarding. In the face of rapid legislative change, and against a backdrop of the pandemic and challenging economic conditions, I am immensely proud of the work we have delivered. It has been a huge privilege to work with so many dedicated and passionate colleagues.

“Our new 15-year corporate strategy is well-embedded and has led to a fundamental shift in our focus to embrace the changing face of pension saving. From April 2023, there will be an excellent opportunity for a new chief executive to take the strategy into its next phase. I am confident TPR will ensure that the needs of savers, at all stages of their pension journeys, remain the driver of how we operate, underpinned by our priorities for value for money, security and scrutiny of decision making.

“In the meantime, I remain fully committed to my role. There is much to do in the next months, from consulting on our new DB code, working with trustees to prepare for Dashboards and pushing on with our work to improve scheme governance and value for money in line with the gathering pace of consolidation.”

TPR chair Sarah Smart, said: “I would like to thank Charles for the commitment and leadership he has shown as chief executive. He has played a pivotal role in reshaping TPR as an organisation which, at its heart, is now focused on ensuring savers have the best chance of realising the retirement outcomes they deserve.”

The search for a successor will be led by Ms Smart. The appointment will be subject to the approval of the Secretary of State for Work and Pensions.