Register for Financial Planning Today website for FREE to view more stories and get our daily newsletters. Click on 2 stories to see Registration pop up.
Friday, 17 June 2022 08:49 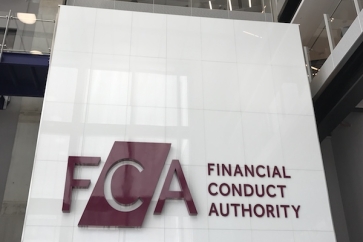 The Financial Conduct Authority has revealed the first funeral plan providers set to be authorised from 29 July, when pre-paid funeral plans come under FCA regulation for the first time.

The 24 firms include some of the largest funeral plan providers and together the firms are responsible for approximately 87% of existing customer plans.

The FCA says it is still assessing a small number of providers’ applications and will update on these shortly.

The watchdog has reminded consumers that until regulation comes into force all of the providers in the market remain unregulated, exposing customers to potential losses if their provider goes bust, as a number have in recent years.

The FCA says it will continue to work with the industry to find “longer-term solutions” for customers of providers which have not applied for authorisation or have withdrawn.

From 29 July, all funeral plan providers will need to follow new FCA rules, which include a ban on cold calling and commission paid to intermediaries and high standards on governance and financial resilience.

Funeral plan holders will be able to refer complaints about a firm to the Ombudsman and will be covered by the FSCS if their provider goes out of business.

Emily Shepperd, executive director of authorisations at the FCA, said: “As this sector approaches regulation, we want to provide holders of pre-paid funeral plans with some reassurance, which is why we have published a list of the firms we intend to authorise.

“Our regulation will lead to higher standards in the market and boost consumer protection. We want to see an improvement in the way customers are treated, with better value products, better sales practices and better controls in place so consumers can be confident they will receive the funeral they expect.”

Firms set to be authorised from 29 July:

Hargreaves Lansdown pointed out that of the 64 funeral plan providers in the market, only 24 have so far been approved for authorisation. It says the rest have either failed to submit applications, had them refused, withdrawn them, or agreed to transfer customers to a new provider

Sarah Coles, senior personal finance analyst, Hargreaves Lansdown, said: “A product that was meant to give people peace of mind, is causing people horrible stress at the moment. The FCA will start regulating the Funeral Plans market on 29 July, and as the deadline approaches only around a third of firms have been authorised.

"Three firms have been highlighted as particularly concerning, including Safe Hands Plans, which has been plunged into administration, and Empathy and Unique, which the FCA has urged people not to take out a plan with. Some of the others may be authorised later, or transfer customers to other authorised providers without any material changes to the service.

"However, not every plan is safe, and with so little certainty about the future of many firms, it’s bound to be causing real stress for people who only ever bought a plan to try to avoid worrying about their own funeral."