Register for Financial Planning Today website for FREE to view more stories and get our daily newsletters. Click on 2 stories to see Registration pop up.
Thursday, 07 July 2022 09:41 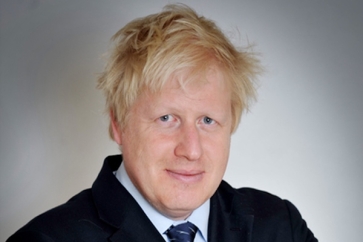 Prime Minister Boris Johnson has bowed to pressure from ministers to resign as Conservative Party Leader.

He gave a resignation statement outside Number 10 Downing Street at lunchtime today.

In his resignation speech the Prime Minister said the process for choosing a new Conservative leader will start now and a timetable will be announced next week.

The next Prime Minister is expected be in office in time for the party conference in October.

In the meantime Mr Johnson will continue as Prime Minister, confirming that he plans to lead Government until the Autumn, although some have called for him to stand down as Prime Minister immediately.

In his resignation speech Mr Johnson said it is "preposterous" to change governments, rejecting the idea of a general election.

He said: "We are delivering so much and such vast mandates, when the economic scene is so difficult domestically and internationally.

"I regret to not be successful in arguments and it's painful not to see through so many ideas and projects."

He said in the meantime the Government must "keep levelling up" the country and "keep unleashing the potential of every part of the United Kingdom" and that he plans to give the new leaders as much support as he can.

His five-year tenure made him one of the longest serving Pensions Ministers.

He formerly served as a Government Whip and has been an elected Conservative MP for Hexham since May 2010.

Treasury Minister Helen Whately was also amongst the ministers to announce resignations this morning.