Register for Financial Planning Today website for FREE to view more stories and get our daily newsletters. Click on 2 stories to see Registration pop up.
Monday, 25 July 2022 10:22 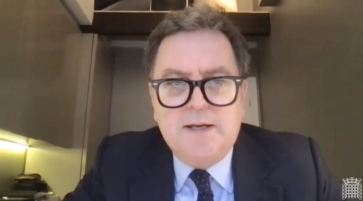 The Treasury Committee has begun a new inquiry into tax reliefs.

The inquiry will examine the tax reliefs available to individuals and firms, and whether they provide value for money.

MPs on the cross-party Committee have called for views on how tax reliefs impact employment, investment and growth in the UK.

It has also called for evidence on whether reliefs are being used in the way they were intended and if they cause tax evasion/avoidance.

The Committee also called for proposals for the additional or removal of reliefs, as well as views on the current administration framework.

“As a Committee, we are launching a new inquiry to investigate whether tax reliefs benefit the UK’s economy and if they provide good value for money for taxpayers. We are also interested in any problems they may cause for the tax system, and the scope for reform. We look forward to receiving evidence submissions on this important topic.”

One area the Committee said it wants to explore is whether “cliff edges” in the structure of tax reliefs leads to problems for taxpayers, businesses or for the wider economy.

Submissions to the Committee are due via its web portal by 19 September.

The new sub-committee will take the lead in the scrutiny of financial regulatory proposals. It will also have powers to send for persons, papers and records and agree reports.

The Treasury Committee said the sub-committee was needed due to a likely growth in the number of regulatory initiatives as regulators assume additional responsibilities following the UK’s exit from the EU.