Register for Financial Planning Today website for FREE to view more stories and get our daily newsletters. Click on 2 stories to see Registration pop up.
Monday, 25 July 2022 10:55 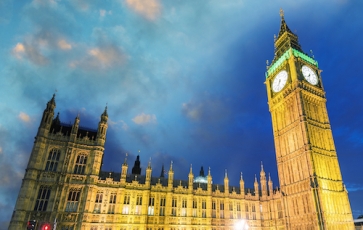 The cross-party Health and Social Care Committee has described pension tax rules a “national scandal” in a new report.

The report on recruitment and retention in health and social care from the Committee last week said the rules are exacerbating pressures on the NHS.

The MPs said: “It is a national scandal that senior medical staff are being forced to reduce their working contribution to the NHS or to leave it entirely because of NHS pension arrangements. Clearly, the Government’s changes to tax regulations have not gone far enough to remedy this crisis. With mounting waiting lists and ever-increasing demands, the NHS cannot afford to lose staff who are willing and able to work, and urgent action is needed to reform NHS pensions and prevent the haemorrhage of senior staff. The Government must act swiftly to reform the NHS pension scheme to prevent senior staff from reducing their hours and retiring early from the NHS.”

The Committee called on the Government to consider measures similar to the temporary suspension of regulations governing the administration of NHS pensions, made under the Coronavirus Act 2020, which helped to alleviate the issue during the pandemic.

Threshold income also needs to include any salary sacrifice or flexible earnings arrangements set up after 8 July 2015, while lump sum death benefits are deducted to reach both income measures.

He said: “The UK’s pension tax system has become a quagmire of complexity, leaving savers befuddled as to what they can contribute each year and creating hugely damaging unintended consequences for the NHS.

“It is, frankly, absolutely ludicrous that pension tax rules are exacerbating the challenges facing a health system already creaking under the pressure of Covid-related backlogs.

“When pensions are increasing the risk of people not receiving the treatment they need something simply has to change.

“The select committee has urged the Government to look at solutions that specifically address problems in the NHS pension scheme. However, it would make far more sense to scrap the annual allowance taper altogether.

“This would, at a stroke, remove any uncertainty facing senior doctors about the impact working extra hours would have on their pension arrangements.

“It would also make the pension tax system simpler to navigate for all, which has to be a good thing as various Government initiatives aim to drive greater levels of engagement among savers.”