Register for Financial Planning Today website for FREE to view more stories and get our daily newsletters. Click on 2 stories to see Registration pop up.
Friday, 29 July 2022 10:31 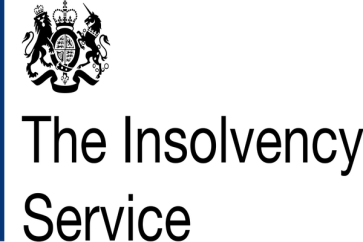 A former financial adviser who used multiple aliases has been jailed for fraud for the second time after pleading guilty to four counts of fraud at Leicester Crown Court.

Cindy Brad, 52, was given a 3-year sentence for a £200,000 mortgage fraud after admitting four counts of fraud by false representation and two counts of acting in breach of a disqualification order.

The former appointed rep for an IFA firm continued to engage in “criminal activities” despite previously being jailed for fraud in 2009.

Ms Brad has used five aliases and is listed on the FCA register as a prohibited person under the name of Shruti Patel. Her other aliases were Swati Patel, Swatiben M Patel, Churuti Patel and Churuti Brad. Her birth name is believed to be Swati Patel.

In December 2020, the FCA made a prohibition order against Shruti Patel AKA Cindy Brad (IRN: SXP01824). The FCA said the reason for this action was because she lacked “honesty and integrity” and is not fit and proper to perform any functions in relation to regulated activities.

In its 2020 Decision Notice the FCA said Ms Patel had never been an approved person. However, under the name Shruti Patel, she was an appointed representative at an authorised mortgage advice firm between 13 May 2009 and 17 August 2009. Under the name of Cindy Brad (sole trader), she was listed as an appointed representative of an authorised independent financial adviser firm, from 22 August 2017 to 24 February 2018.

Also in court with her earlier this month, in a case brought by the Insolvency Services, was Selvi Civi (57) who received a four-month sentence, suspended for two years, after pleading guilty to two counts of fraud by false representation.

The court heard that Cindy Brad, from Melton Mowbray, had previously been jailed for 18 months in 2009 under the name Shruti Patel. She was convicted of theft from clients she was advising, and obtaining money by deception. She was disqualified at that time as a company director for 10 years.

Despite the conviction, after she was released from prison she continued to carry out criminal activities, using three different identities to disguise her criminal past and disqualification status. The court heard that this allowed her to formally change her name and obtain fresh identity documents.

She used one of these different identities and supplied false banking documents to secure a £200,000 mortgage before “reneging” on the repayments.

The Insolvency Service said despite being a convicted fraudster Ms Brad incorporated several companies to enable her to act as a financial adviser in breach of her 10-year disqualification order. While acting as an adviser she made a fraudulent £100,000 loan application on behalf of Selvi Civi using false documents.

Ms Brad also made false representations to the disclosure barring agencies in England and Wales, and Scotland, to secure certificates that would allow her to become an authorised representative of financial services companies.

Selvi Civi, from Waltham Cross, Hertfordshire, aided Ms Brad’s criminal activities when she allowed Ms Brad as a financial adviser to apply for a £100,000 loan on her behalf using false documents.

The Judge said that Ms Brad had carried out “sophisticated forgery” and that personal difficulties did not justify the fraud carried out. The judge disqualified Ms Brad from being a director for the maximum period of 15 years.

The Insolvency Service aims to recover the proceeds of the crimes.

Glenn Wicks, chief investigator for the Insolvency Service, said: “Despite having already served time for similar offences, this did not deter Cindy Brad, and the convicted fraudster continued to apply for substantial loans worth thousands of pounds, using a variety of false documents and fake identities.

“Thanks to the joint work between the Insolvency Service, the police and other government agencies, we were able to uncover Cindy Brad’s duplicitous activities. The courts recognised the severity of her actions and her 3-year sentence should serve as a warning that we will use the full extent of the law to investigate and prosecute fraudsters.”

More in this category: « Jupiter to cut costs as profits dive MKC Wealth snaps up Cheshire IFA Genius »
back to top