Register for Financial Planning Today website for FREE to view more stories and get our daily newsletters. Click on 2 stories to see Registration pop up.
Thursday, 04 August 2022 09:15 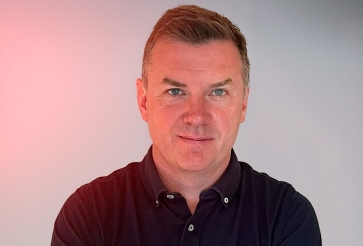 Mike Regan will join the platform next month

He will replace Stuart Geard of Nucleus Financial and Gavin Howard, CFO of James Hay.

Both have chosen to leave the adviser platform after 10 and 5 years respectively but will remain temporarily for a handover.

Nucleus’ has seen several changes to its leadership team over the past year after the platform was sold to rival platform James Hay for £145m and subsequently to a private equity firm.

Mr Regan joins from digital insurer BGLi where he was chief financial officer for three years. Previous roles include 10 years at the Royal Bank of Scotland, where one of his roles was as finance director for Coutts.

He will take up his new role and join the board at the adviser platform on 12 September.

The appointment is subject to regulatory approval.

Richard Rowney, CEO at Nucleus, said: “Mike brings two decades of experience in the financial services sector and will be instrumental in helping us continue to build scale and invest in product, service and price to capture the significant opportunity in the platform market.”

David Ferguson, CEO and founder of the platform, and chief customer officer Barry Neilson both stepped down from the company following a handover period.

A number of private equity and investment firms were reported to be interested in taking a large stake in Nucleus, including Goldman Sachs.

More in this category: « 1 in 3 savers worry about lost pensions Phoenix Group to acquire Sun Life in £248m deal »
back to top