Register for Financial Planning Today website for FREE to view more stories and get our daily newsletters. Click on 2 stories to see Registration pop up.
Thursday, 04 August 2022 08:35

1 in 3 savers worry about lost pensions 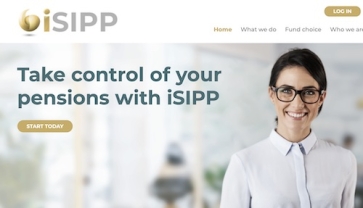 Nearly one in three pension savers (28%) are worried about keeping track of all their retirement savings pots, according to a new report.

Two in five have built up multiple pension pots while switching employers, according to the research from pension firm iSIPP.

Over 5.5m pension savers have three or more funds.

The research indicated that 980,000 Britons have five or more pension pots.

However, just four in ten of those surveyed said they always transferred or consolidated funds when they start a new job.

Savers were also in the dark about what form of pension fund they have. Almost one in five (19%) said they did not know if their pension savings were defined contribution, defined benefit, SIPP, or personal pension.

Hrishi Kulkarni, managing director at iSIPP, said: “It can be difficult to keep track of pensions when you move jobs, and the research makes it clear that millions of us fall into this category."

The regions where savers were least likely to have multiple pension pots were Northern Ireland (24%), and Scotland (34%).

Savers in London were the most likely to worry they had pensions they have forgotten about, with 49% sharing this fear.

Savers in Wales and Northern Ireland were the least likely to be worried about having pensions they have forgotten about, with only one in five sharing this fear.

Opinium surveyed 2,000 UK adults over the age of 18 between 1 and 3 March on behalf of pension provider iSIPP.

iPensions launched Manchester-based iSIPP in November to provide UK and international customers with a way to consolidate their pension funds.

More in this category: « Fraudster guilty of £226m Harlequin Group scam Nucleus hires from digital insurer as two CFOs depart »
back to top