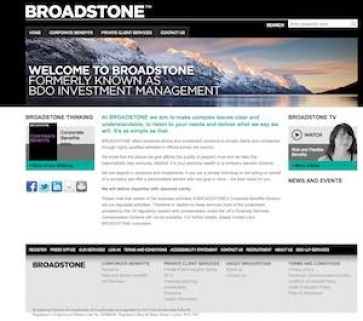 Broadstone website
Pensions consultants at Broadstone Corporate Benefits are calling on the Government to announce that the tax-free cash sums paid from pension schemes will avoid being cut in this Parliament.


The company says that the uncertainty is causing individuals, "nervous and distrustful following previous Government raids on pensions", to make potentially poor financial decision when it comes to pension planning.

Simon Nicol, pensions director at Broadstone, said: "Recent speculation on changes to tax free cash rules is generating a great deal of anxiety for pension holders, causing some to bring forward plans to take benefits. Many people retiring rely on the lump sum from their pensions to pay off mortgages, debts and fund capital expenditure. To have the threat that this will be taken away is causing pension holders to act now which may not be in their long term interests."

Mr Nicol continued: "The Government should reassure those approaching retirement that they will not renege on existing tax free lump sum entitlements before too many pension members are panicked into acting prematurely in case their retirement aspirations are crushed."

Broadstone offers a range of pensions and investment advisory services including Financial Planning and Sipp planning.
Tweet
This page is available to subscribers. Click here to sign in or get access.
Published in Articles
Tagged under