Register for Financial Planning Today website for FREE to view more stories and get our daily newsletters. Click on 2 stories to see Registration pop up.
Tuesday, 24 September 2013 10:36 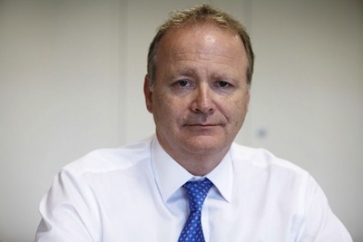 Mr Last will retire at the end of October after a 40 year career with Cofunds parent company L&G and will hand over to Mr David Hobbs as the new chief executive of Cofunds, subject to FCA approval. Mr Hobbs is currently managing director operational services of Cofunds, having previously been managing director of L&G-owned Sipp provider Suffolk Life for three years.
Chris Last, chief executive of Cofunds, said: "I've had a fantastic career at Legal & General, and I wouldn't change any of it. With the successful integration of Cofunds into Legal & General now complete, I believe the time is right for me to retire."
John Pollock, chief executive of Legal & General Assurance Society said: "Chris has had a long and distinguished career at Legal & General, culminating with him becoming CEO of Cofunds. Throughout his successful career he has been a credit to himself and Legal & General, and I wish him the very best in retirement.
"Chris has successfully guided Cofunds through its integration phase, delivered over £3m in annualised cost savings and almost £1bn in net new assets by the end of H1, leaving the business exceptionally well placed in the UK platform market."
Commenting on Mr Hobbs appointment, Mr Pollock said: "David did a great job at Suffolk Life, and has already established himself as a key member of the Cofunds executive team, so I'm very happy that he has agreed to become the new chief executive officer."
David Hobbs, chief executive officer designate, Cofunds: "Cofunds is a fantastic business, it's the biggest platform in the market, has a great institutional and retail client offering, and excellent staff. I look forward to building on its early successes, completing the integration Chris has initiated, as I help guide the platform through its next stage of growth and development."
Mr Last joined Legal & General in 1972 as a calculations clerk, and became managing director of Legal & General's Banks and Building Society Distribution Division, before being appointed CEO of Cofunds after Legal & General's acquisition in May 2013.
L&G Investments, the asset management arm of L&G, is a corporate member of the IFP.
Legal & General Group Plc completed the acquisition of Cofunds Holdings Limited in May 2013. L&G says that Cofunds will retain its focus as a whole of market platform and will remain a separate brand in the UK investment platform market. Post the acquisition, Legal & General Assurance Society now has savings assets under administration of £111bn, as at 30 June 2013.
Last modified on Tuesday, 24 September 2013 10:42
Tweet
This page is available to subscribers. Click here to sign in or get access.
Published in Articles
Tagged under

More in this category: « Kinder Institue to hold client engagement workshop in Dorset Scottish Financial Planning firm to join Towry »
back to top