Register for Financial Planning Today website for FREE to view more stories and get our daily newsletters. Click on 2 stories to see Registration pop up.
Monday, 19 January 2015 11:47 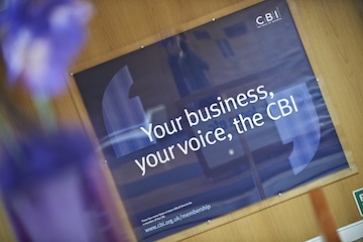 CBI offices
More financial services firms shed staff than hired them during the last quarter of 2014 – despite the majority of the sector reporting rising business volumes.

According to the latest CBI/PwC Financial Services Survey, in the three months to December 32% of firms said they had increased employment, while 41% said that it had decreased, driven by banking and life insurance, which dragged the overall balance down to -9%.
But during the same period 64% of companies said that business volumes were up, with just 7% saying they were down. The resulting balance of +57% was the strongest growth since December 1996 when it stood at +79%.

The report's authors said a "somewhat faster decline" in employment of -15% is expected next quarter, with only four of the eight sectors (finance houses, life insurance, securities trading and investment management) expecting headcount to rise.
The report said employment in the sector would drop to levels close to that seen at a low point five years ago.
It said: "Taking into account long-run trends, employment in financial and insurance activities is forecast to dip to 1.117 million by the end of Q1 2015, the same level as one year earlier and 38k below the level in Q1 2012.
"On this basis, employment would still be 94k lower in Q1 2015 than its peak in Q4 2008, and only 20k above the trough in Q1 2010, implying that more than six years on from the financial crisis barely a fifth of the ground lost will have been recovered."
Despite this some 65% of firms expected business volumes to increase next quarter, while 6% said they would fall, giving a balance of +59%.
Some 49% said they felt more optimistic about the overall business situation compared with three months ago, while 12% said they felt less optimistic, giving a balance of +37%.
Overall profitability stayed high during Q4 2014, with 62% of firms reporting that profits had increased and 10% saying they fell, giving a balance of +52%, as income increased and costs fell.
Income from fees, commissions and premiums increased at a robust pace (a balance of +62%), significantly improving from last quarter (-27%) and beating expectations (-22%).
Rain Newton-Smith, CBI director of economics, said: "The upswing in growth among financial services firms continues on a solid footing, with overall optimism, business volumes and profits up.
"The employment picture was mixed last quarter but firms are boosting their spending on training. It's encouraging to see the majority of companies planning to increase their investment spend, especially on IT and marketing, to increase efficiency and to reach new customers as competition and technology change the nature of the sector."

More in this category: « Takeover close for adviser network fined £12m and banned from hiring FCA says cash savers deserve better deal but no ban on 'teaser' rates »
back to top