Register for Financial Planning Today website for FREE to view more stories and get our daily newsletters. Click on 2 stories to see Registration pop up.
Friday, 19 June 2015 00:00 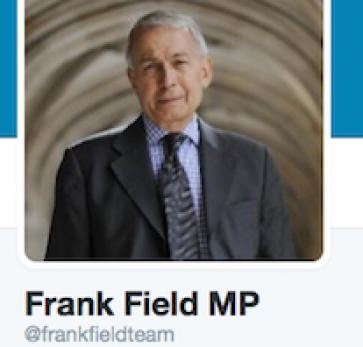 The new Chair of the Work and Pensions Committee has warned of the “real danger” of pension savers being ripped off under the reformed system.


Labour MP Frank Field, who was elected to the role this week, expressed concerns and said this was one of four areas the committee must look at during this Parliamentary term.

In his statement for election as chair, he said: “The reform allowing people to draw down safely their pension capital has at last been delivered.

“But there is now a real danger that groups, similar to those who have already ripped off pension savers so consistently over the latter post-war years, will be at it again.

“The committee must therefore not only monitor this front but also push the department to ensure the advisors are independent of the pensions industry, and that its cost (there will always be a cost for free advice) is known upfront and acceptable to those drawing down pension capital.”

Mr Field, a Labour MP, was one of three candidates vying for the position of chairman.

He said: “The unexpected is almost bound to happen over the life of this Parliament. An early and regular function of the committee should be to consider what events are likely to prove the greatest risks for the department, both where there is an existing policy and where there is no policy at all. The committee needs to respond quickly and constructively to events.”

Another key area of work for the committee, he added, would be to “maintain a critical watch on the development of Universal Credit”.

Voting took place in Parliament this week for all of the sub-committees following the General Election.

Andrew Tyrie remains as head of the Treasury Committee. He was one of 11 sub-committee chairman to be unopposed.

The remaining members of all of the committees will nominated in the coming weeks.

More in this category: « Standard Life's chief executive is stepping down More than a third rely on dad for pension and savings advice »
back to top