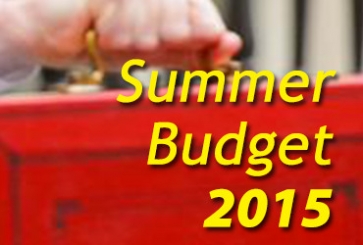 George Osborne has opened up the possibility of “radical reforms” which could mean pensions become taxed like ISAs.

As part of today’s Budget he has launched a green paper to give “careful consideration” to making such changes.

He told Parliament: “While we’ve taken important steps with our new single tier pension and generous new ISA, I am open to further radical change. Pensions could be taxed like ISAs.

“You pay in from taxed income – and its tax free when you take it out. And in-between it receives a top-up from the government.

“This idea, and others like it, need careful and public consideration before we take any steps. So I am today publishing a Green Paper that asks questions, invites views, and takes care not to pre-judge the answer.”

He said last year’s pension reforms have given “huge freedom to people who’ve worked hard and saved hard all their lives – and many thousands are, with the free guidance service we offer, making use of those freedoms to access their savings instead of buying annuities”.

He said: “Now it’s time we looked at the other end of the age scale – at those starting to save for a pension.

“For the truth is Britain isn’t saving enough and that’s something we need to fix in our economy too.”

More in this category: « 'This is a big Budget for a country with big ambitions' Budget: Help to Buy ISAs to be available from December »
back to top