Register for Financial Planning Today website for FREE to view more stories and get our daily newsletters. Click on 2 stories to see Registration pop up.
Tuesday, 01 March 2016 11:39

Brexit would have 'little direct impact' on major pensions firm 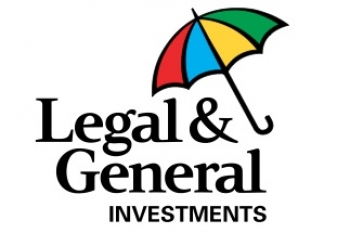 A major pensions and investments firm says there would be “little direct impact” on its own trading if Britain decides to leave the European Union.

Legal & General has declared its official position on the EU debate in a statement released this morning, in which it said that the economic case to leave was unproven.

The economic ramifications of a vote for Brexit have been at the forefront of the debate since David Cameron announced the referendum will be held on 23 June.

What difference would the UK leaving the EU have on Financial Planning?

The L&G statement read: “Following the conclusion of the Prime Minister’s negotiations and the setting of a Referendum date, Legal & General’s Group Board has considered the impact of the EU Referendum on the company, its business, customers and employees.

“We consider that a vote to leave would have little direct impact on trading for Legal & General: our customer base is located very largely in the UK, the US and Asia.

“It is however probable that a vote to exit, with a potentially lengthy period of negotiation and an uncertain outcome, would create uncertainty for markets and the broader UK economy in which we operate.

“Given the lack of clarity about potential alternative trading relationships between the UK and other jurisdictions, and the market and economic uncertainty, the economic case for leaving is unproven; we will continue to keep the situation under review as more and better data and analysis emerges.

“As one of the largest investors in the UK, we will be actively listening to companies we invest in, who will be assessing the potential impact for themselves.”

The company added that it “does not seek to influence the outcome” of the vote.

More in this category: « General insurance ‘scorecards’ to be trialled by FCA We must halt more pensions legislation - Financial Planner »
back to top