Register for Financial Planning Today website for FREE to view more stories and get our daily newsletters. Click on 2 stories to see Registration pop up.
Wednesday, 12 October 2016 09:28 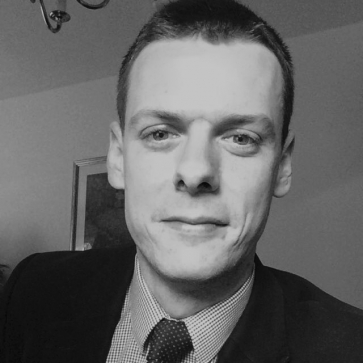 The debate about introducing a new professional Paraplanning standard has recently intensified.

A form of Paraplanner ‘kitemark’ has been discussed for some time and Paraplanners involved with the Powwow movement have begun developing the idea. Read more here.

Financial Planning Today recently revealed that the CISI was due to hold further talks with counterparts at the CII over moves to develop a Paraplanning standard.

Mike Malkiewicz DipFA, owner of Peterborough firm Clear Paraplanning, wrote to FP Today, after this news was reported, to speak against the initiative. Read his article here.

But Alan Gow DipPFS APP ACSI, co-owner of Argonaut Paraplanning in Reading, and co-organiser of the London Paraplanner Powwows, told FP Today the new standard is important not only for current Paraplanners, but to help attract new blood. Read his article here.

Now, Chartered Financial Planner John Redmond, a financial adviser at BPH Wealth Management, who has worked as a Paraplanner, tells FP Today why he is against the idea.

Below is John's take on the Paraplanning debate.

I think few people would disagree with the idea that the role of the Paraplanner differs massively from firm to firm especially when you consider the difference between in-house and outsourced Paraplanners. There is no universally accepted job description for Paraplanners.

This prompts the question of how one would go about creating a Paraplanning standard that does not exclude certain people for the wrong reasons such as something like:

‘If you only write suitability reports you’re not a proper Paraplanner’.

In fact, I’m yet to be convinced that a new standard is needed at all.

A kind of Financial Planning standard already exists through the framework of qualifications and CPD and most of us already meet a standard in this way, but not many people appear to be talking about it. What’s already out there is already sufficient.

Level 6 qualifications such as the CFP licence or the APFS Chartered Financial Planner designation (with the ongoing CPD required to maintain such letters after your name) are perfectly suitable standards for most. Likewise the Accredited Paraplanner (APP) designation or even Dip PFS with the requisite CPD hours are also appropriate.

The APP designation is particularly apt, as the examination required to attain this is a pretty robust assessment of some of the skills needed in financial planning (and thus Paraplanning). The good thing about these various designations and licences is that they don’t distinguish between the specific role that people undertake within their firm and, therefore, do not exclude certain people just because their modus operandi might not meet everyone’s idea of perfect.

I realise that one argument that often crops up is the fact that these qualifications are not necessarily proof that an individual is any good at their job, but a new Paraplanning standard would surely not be able to prove this either (unless of course there was a regular, forensic assessment of the Paraplanner in question, which would not be the case). But what if I needed to employ a Paraplanner?

It’s also worth remembering that the end client probably cares very little about whether the Paraplanners working with his or her adviser have met the Paraplanning standard, because ultimately they’ll care (as should we) about good quality advice and outcomes.

Would the Paraplanning standard improve client outcomes? No more so than if all the people involved with the creation and delivery of advice strive to attain the established qualifications available and constantly update their knowledge and skill through relevant CPD.

More in this category: « Frivolous froth? No, Paraplanner Standard is very serious Financial Planning group buys network of advisers for £4m »
back to top