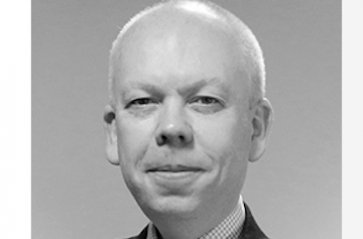 Sipp providers that still accept non-standard investments will exit the market or will have to raise fees in future, a Sipp firm director has suggested.

Nigel Bennett, sales and marketing director at InvestAcc, made the prediction after James Hay banned NSIs for new customers this week.

James Hay reported that it had found dwindling demand and risk appetite, based on talks with advisers.

Nigel Bennett, sales and marketing director, InvestAcc, said: “There are few Sipp providers who still accept non-standard investments and we suspect long term that they (providers that still do accept NSIs) will either withdraw from the market or the level of fees charged will have to reflect the increased capital adequacy cost of the new business.”

He said: "We were one of the first Sipp operators to cease considering non-standard investments in December 2012, just a few days after the concept of standard or non-standard assets was announced in CP12/33. At that time we believed that this was the route that most of the market would take, particularly those that wished to continue to trade for the long term future.”

He said: "Perhaps the most surprising aspect of James Hay’s decision to no longer take any non-standard assets is the fact that it has taken them so long.”

Mr Bennett added his surprise that James Hay hasn’t made a decision on non-standard assets held by investment managers, “as from a regulatory point of view these are dealt with in exactly the same way”.

James Hay confirmed that the policy for NSIs held by third parties is currently under review.

Greg Kingston, head of communications, product & insight, at Suffolk Life, said: "It makes sense for a platform provider to make this change, as it is not their core business. A number of smaller dedicated Sipp providers have however been forced to make the same move as they can’t afford the capital required to put behind this type of business."

James Hay said it will continue to fulfil its obligations with regard to existing NSIs, but it was “not appropriate to continue allowing the purchase of further NSIs”.

Elaine Turtle, director of DP Pensions, said: "I’m not surprised at all that James Hay have taken this step, a number of firms have already put some restrictions on the non-standard assets that they will accept and I don’t think this will be the last announcement we see.”

Murray Smith, group managing director, Mattioli Woods, said: “Perhaps it’s time we saw more definition in the Sipp market to differentiate between what is a true Sipp and what is a simplified wrapper that only facilities purely vanilla investments. This would create clarity for consumers.”

More in this category: « NS&I: Advisers to get online access to client holdings Spotlight on Sipp firm as advisers get due diligence help »
back to top