Register for Financial Planning Today website for FREE to view more stories and get our daily newsletters. Click on 2 stories to see Registration pop up.
Friday, 10 March 2017 09:17

Advisers back SSASs despite calls for a ban from regulator 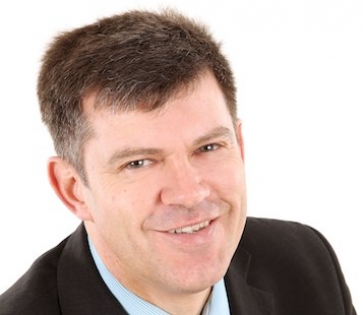 Advisers have almost wholeheartedly backed SSASs despite calls for a ban.

Some 98% of advisers said that SSASs should not be axed but tighter controls introduced, according to a survey by Dentons Pension Management, a Sipp and SSAS provider.

Their views were taken after an executive director at The Pensions Regulator called for pension transfers to SSAS to be banned.

Andrew Warwick-Thompson, TPR executive director for regulatory policy, believes SSAS have “gone far beyond the scope of the policy intent that created them”.

The survey was conducted with 48 advisers that attended the Dentons Annual Seminar at the Institute of Directors in London a fortnight ago.

As part of the attendee survey advisers were asked what controls they would like to see introduced to the SSAS market:

• 54% said they would like SSAS professional trustees made responsible for asset acceptance, and

In a blog post about cracking down on scamming, Mr Warwick-Thompson wrote: “we need to close off once and for all the second half of the ‘open goal’ – relevant small schemes (commonly referred to as small self-administered schemes or just ‘SSAS’).

Martin Tilley, director of technical services, Dentons, said: “The results of the survey show there is a strong belief that SSAS is still a valuable financial planning tool and that they have a place in the pensions industry.

“We are under no doubt tighter controls are needed in order to protect clients from being scammed, a number of which have been suggested in responses to the recent consultation. It’s obvious that financial professionals are in need of some clear guidance on how to keep client funds safe in their request for a list of approved SSAS operators and permitted investments."

Advisers were also asked if they expect the increase in the Pensions Advice Allowance to encourage more people to take financial advice – 60% said yes.

Mr Tilley said: “There is also still a strong belief that the Government will phase out future funding of the UK pension system in favour of ISA savings, with the introduction of the LISA in April.

“All this uncertainty is a destroyer of confidence in the pensions industry but it is interesting to note that 60% of respondents expect the increase in the Pension Advice Allowance to £1,500 will encourage people to seek regulated financial advice, which can only be a good thing for the industry.”

More in this category: « FCA plans to revise pension redress methodology 'SSAS experts must use their knowledge to fight scams' »
back to top