Register for Financial Planning Today website for FREE to view more stories and get our daily newsletters. Click on 2 stories to see Registration pop up.
Friday, 10 November 2017 11:37 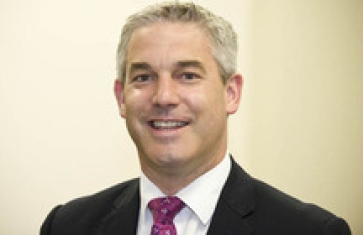 The PLSA has welcomed news that the Government is set to publish draft legislation to ban pension cold calling - including texts and emails - in early 2018.

Despite speculation by some that legislation could be years away, in response to a Parliamentary question this week, Treasury Economic Secretary Stephen Barclay MP said that the government planned to publish a draft of its legislation early next year.

Pensions commentators and experts have criticised the government for announcing it would crack down on pension scams but failing to make parliamentary time available or commit to a timetable. Some have blamed Brexit legislation for pushing any new financial services legislation “into the long grass.”

It now looks as though the government is responding to the criticism by speeding up its timetable to legislate on pension scams. There is still no certainty on when a bill will become law but there could be legislation in place by the end of 2018.

James Walsh, policy lead: Engagement, EU and Regulation at the Pensions and Lifetime Savings Association (PLSA), said:
“We have been calling on the Government to show more urgency in tackling pension scams, so this indication of when we can expect draft legislation is a step in the right direction. But we are still a long way from the cold calling ban actually taking effect and the Government will need to keep up the momentum.

“However, with the vast majority of defined benefit/hybrid schemes reporting transfer requests and almost a third rejecting some due to due diligence concerns, we feel that there is more that needs to be done.

“We would like to see the Government take a more ambitious approach by introducing an authorisation regime for pension schemes.  This would mean only allowing transfers to schemes recognised as legitimate and trustworthy.

“Any small scheme (‘SSAS’) that wishes to receive transfers would have to include an independent trustee on its trustee board with a duty to ‘blow the whistle’ on scam-related activity. Alongside the new regulatory regime for master trusts and existing FCA regulation of many providers, this would be a big step towards shutting the scammers out of pensions.”

More in this category: « FCA forces Capita FM to pay investors £66m 600,00 now work in Women in Finance Charter firms »
back to top