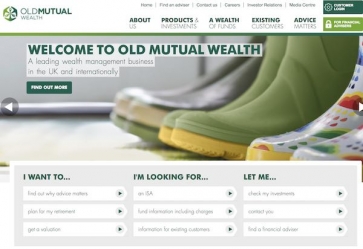 Nearly half (47%) of retirees are unaware of the pension freedoms or the options available to them to access their pensions, according to research by Old Mutual Wealth and YouGov.

The research examined the retirement landscape following the introduction of the freedoms in 2015 which allow anyone aged 55 and over to withdraw their pension as a lump sum, tax free on the first 25% and the remainder taxed at their income tax rate.

Two years on from the introduction of pension freedoms some 40% of the 1,500 people surveyed say they were unsure of when or how to access their pension pot at age 55.

The research showed that only 14% of the population speak to a financial adviser leading to a ‘substantial’ advice gap. Just 4% have used Pension Wise, the government pension guidance service.

This lack of knowledge is causing the over-55s to feel insecure about their future, says Old Mutual Wealth, with 45% worried their pension will not fund the duration of their retirement.

Ian Browne, pensions expert at Old Mutual Wealth, said: “We have a new retirement landscape, which means people’s finances are not as clear cut as they used to be.

“Pension freedoms have given people immense choice, but that means failure to make well-informed decisions means they could lose the opportunity to have a safe and secure retirement. Education and knowledge of personal finance is more important than ever.

“The government is taking a close look at the impact of pension freedoms through the Work and Pensions Committee inquiry. Next year we will receive a report detailing their findings and this offers the government an opportunity to increase the awareness and uptake of financial advice.

“Promisingly, the current pension minister, Guy Opperman, has put boosting engagement with pensions on his agenda.  He is enthusiastic about the idea of a midlife MOT to assess an individual’s retirement provision at a stage in life when they have time to do something about it. An MOT could prove to be the crucial missing mechanism, one that would shepherd people towards the help they need.

“Government, regulators and the retirement industry have a responsibility to give consumers the products, support, guidance and advice to ensure that doesn’t happen.”

Research data also showed that over 25% of 50-75 year olds have an average of £31,000 of debt at retirement. The OEDC also recently revealed UK pensioners will receive just 29% of their salary from the state in retirement.

The Old Mutual Wealth Survey Retirement Income Uncovered: Freedoms in Focus, was conducted by YouGov, who surveyed over 1,500 UK adults between the ages of 50 and 75.