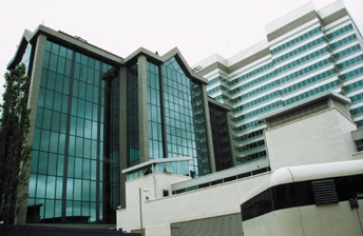 An ex-adviser who turned client and says he lost £30,000 due to a pension transfer delay has been successful in his complaint against Intrinsic Financial Planning.

The former adviser has been awarded compensation by the Ombudsman, who ruled against Intrinsic. Swindon-based Intrinsic “admitted it made some mistakes” but refuted full responsibility “because it feels Mr T should take some responsibility himself because of his previous experience as a financial adviser.”

Intrinsic also claimed Mr T should have done more when he knew the deadline was approaching and the transfer forms had not been received. But the FOS sided with Mr T, who claimed delays had resulted in him “receiving a lower transfer value than he was originally quoted.”

The case goes back to September 2016 when Mr T enquired about a transfer value of his occupational pension scheme. At this time, the Cash Equivalent Transfer Value (CETV) was just over £780,000. This was guaranteed until mid-December 2016.

Mr T received advice from a financial adviser in October 2016 from a firm referenced as ‘‘D’’. He also paid a fee to D for its services to complete the transfer of his pension to his existing SIPP. The transfer forms were completed and D said it sent them to the SIPP providers shortly after this meeting. But the SIPP providers did not receive it.

At the same time of handling Mr T’s transfer, D was sold to Intrinsic. The sale completed in November 2016, and at this point Intrinsic acquired D and all of its customers. It also took responsibility for its back book liability.

Intrinsic said admin was “chaotic at the time of taking over D.” The paperwork was not received in time and therefore the CETV expired. A new transfer value was requested and the price had decreased by over £30,000.

Mr T continued with the new transfer value as he wanted to invest. He gave Intrinsic authority to make the transfer on his behalf in early April 2017 by completing the transfer forms. It then completed with the funds being transferred a few days later.

Despite Mr T’s experience as a professional adviser himself, the FOS decided it was “Intrinsic’s responsibility to ensure the transfer completed in time – not Mr T...because he paid Intrinsic to handle it”.

Based on emails, Hayley West, the ombudsman, disagreed with Intrinsic that it was not aware that the transfer paperwork hadn’t been received. Ms West said: “I recognise Intrinsic didn’t end up charging Mr T the fee for the adviser because the original transfer didn’t happen. I think it has acted reasonably by doing this.

“I don’t think it was unreasonable of Mr T to have gone ahead with the transfer at the lower rate he was quoted. He had been advised to transfer his funds. And I think by continuing with the transfer he was arguably trying to mitigate any further losses.”

Compensation must be awarded based on a calculation set out by the FOS.