Register for Financial Planning Today website for FREE to view more stories and get our daily newsletters. Click on 2 stories to see Registration pop up.
Thursday, 05 April 2018 00:01

Work and Pensions Committee says case made for dashboard 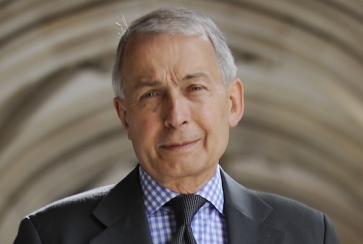 In the final report of its inquiry into Pension freedom and choice published today, the Work and Pensions Committee has called for a package of measures to create better informed, more engaged pensions savers, and a “default decumulation pathway” to protect the less engaged.

In its report on pension scams the Committee argued that a default impartial guidance appointment immediately prior to accessing a pension pot “would result in better consumer outcomes,” and the Government is moving towards that position in the Financial Claims and Guidance Bill, currently awaiting report stage in the Commons.

But MPs also demanded greater engagement earlier in life “to ensure people have pension pots worth seeking guidance on.”

The Committee called for a two-pronged package to create “informed and confident savers … more likely to shop around and take sound financial decisions about their retirement … equipped to exert that competitive pressure.”

Under the recommendations, a standard drawdown pension would include:

- the introduction of a new default decumulation pathway to support the disengaged  - and protect their savings  - including through NEST
- a new system of transparent and accessible information.

It was recommended that the Government should allow NEST to provide de-cumulation products from April 2019, including a new default drawdown pathway.

In keeping with the spirit of pension freedoms, savers would remain entitled to move their money wherever they wished.

Furthermore, a system of default decumulation pathways “will protect consumers who do not engage with their pension saving - but the ‘real prize’ is a properly functioning pension freedom market which offers suitable and good value pensions for more people.”

The Committee also said the case “has been made” for a single, publicly-hosted pensions dashboard, covering state, defined contribution and defined benefit pensions, funded by the industry levy, and in place by April 2019.

Rt Hon Frank Field MP, Chair of the Committee, said: “Automatic enrolment has been a runaway success, bringing millions of people on board in saving for their retirement.

"We want to expand that success story so that everyone, no matter how they are saving, has a simple, suitable, default pension option, with a low, capped fee.

"From that solid base, those who want to choose other options would retain complete freedom to do so.

"They would be armed with a new range of clear, transparent information in making their choices.”