Register for Financial Planning Today website to get our daily newsletters. Click on 2 stories to see the Registration pop up.
Tuesday, 28 August 2018 10:14 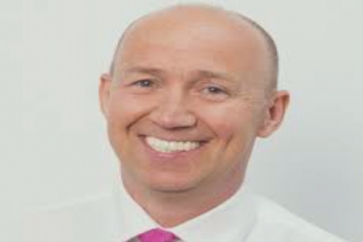 Cashflow planning software firm CashCalc has unveiled a revamp of its offering and has launched a new tool.

In preparation for the FCA’s new guidance on pension transfers, which comes into force during October, CashCalc has been developing a brand new TVC/APTA tool alongside former FCA technical specialist Rory Percival.

Since its launch on the 1 June the brand-new tool has passed “many significant milestones” and is on course to be fully compliant when the new rules are implemented.

A major element of the announcement was that the TVC/APTA tool will be a standalone module.

This means advisers can add the brand-new tool to their existing CashCalc suite.

Ray Adams, Chartered Financial Planner and director at CashCalc, said: “We understand not every CashCalc user is a pension transfer specialist, so why should they pay for something they are not going to use?

“The upcoming TVC/APTA tool will therefore be a standalone or add-on tool.”

The TVC/APTA tool is expected to be an additional £30 per month plus VAT.

The decision to create a standalone tool also led the company to consider modularising the entire suite of Financial Planning tools, which consists of 26 such tools ranging from cashflow planners to investment calculators.

Mr Adams added: “The TVC/APTA tool is a standalone tool because we don’t want users paying extra for stuff they are not going to use.

“This way of thinking lends itself to a modularised approach for the entire suite of tools, or to put it simply, allow users to create their own suite of tools.”

The firm says the decision to modularise means financial advisers can create a “bespoke package” with users able to create a suite of Financial Planning tools which is ideal for them and only pay for what is in their package.

Mr Adams said: “We want to honour the support of our existing users.

“They took a chance on us as a small start-up and we value their loyalty and commitment to help us develop.

“Each user who is paying us before 1 October will remain on their existing deal with access to the entire suite for an indefinite period.”

More in this category: « Sipp and Ssas provider reports 214% jump in profits Goldman Sachs launches new bank ‘Marcus’ in UK »
back to top