Register for Financial Planning Today website to get our daily newsletters. Click on 2 stories to see the Registration pop up.
Wednesday, 29 August 2018 09:22 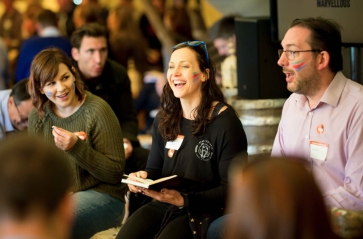 Mr Hewitt, a technical specialist at the regulator, will be the event’s ‘guru speaker’, when Paraplanners convene in tepees, in Aynho, Northamptonshire on 13 September.

Mr Hewitt joined the regulator in 2010 and has spent his time concentrating on the supervision of firms delivering financial advice to retail consumers.

Prior to that he worked in the financial advisory sector, holding a variety of research and Paraplanning roles.

A spokesman for the Paraplanners Powwow said: “A Paraplanner is a unique role.

“We know that; you know that, but within the profession it’s much misunderstood or, worse, at times ignored.

“We need a way to articulate who we are and what we do.

“We need a way to explain the different kinds of Paraplanner along the Paraplanner spectrum.

“We need to get our story straight.

“So that’s what we’re going to start to do, with you, at the National Powwow.

“We’re going to start to put pen to paper with the people that know best – that’s you by the way – the Powwow Paraplanning community – to explain what we do.”

The Western-themed event will feature campfires and face paint to accompany the informal discussions.

The event is sold out and organisers gave the option of two ticket prices - £30 or £50 depending on how much visitors want to support the Powwow financially.