Register for Financial Planning Today website for FREE to view more stories and get our daily newsletters. Click on 2 stories to see Registration pop up.
Thursday, 13 September 2018 12:23

Bank of England holds base rate at 0.75% 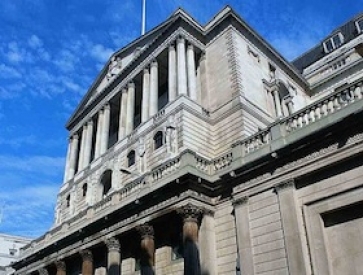 The Bank of England’s Monetary Policy Committee voted unanimously today to maintain the base rate at 0.75% in a move described by commentators as a “wait and see” approach by the bank.

The decision to hold rates comes against a backdrop of better than expected recent GDP growth figures, an uptick in wage growth and signs of inflationary pressures subsiding.

The BoE says that recent news in UK macroeconomic data has been limited and the MPC’s August projections appear to be broadly on track.

The UK labour market has continued to tighten, with unemployment falling to 4% and the number of vacancies rising.  Pay growth has risen to around 3% on a year earlier. CPI inflation was 2.5% in July.

The bank says that the global economy appears to be growing at above-trend rates although recent announcements of further protectionist measures by the United States and China could, if implemented, have a “somewhat more negative impact on global growth than was anticipated at the time of the August Report.”

Brexit remains a concern with the MPC acknowledging that the economic outlook for the UK could be influenced “significantly” by the response of households, businesses and financial markets to developments related to the process of EU withdrawal.

While further base rate rises are expected by many the MPC reiterated that “any future increases in Bank Rate are likely to be at a gradual pace and to a limited extent.”

Ben Brettell, senior economist at Hargreaves Lansdown: “Markets gave a zero percent chance of any action from the BoE today, and so it came to pass, with a unanimous vote to leave rates untouched. There’s been little change in key economic indicators since the Bank’s August meeting, though there’s been a notable lengthening of the shadow cast by Brexit-related uncertainty in recent weeks.

“Policymakers are firmly in 'wait-and-see' mode having raised rates last month, and will be reluctant to even consider another move until they have a clear idea of what Brexit will look like. Realistically May next year looks the first available opportunity to raise rates to 1%.”

Jon Chitty, investment analyst at Brown Shipley, said: “Though consumer price inflation remains above-target, monetary policy actions typically take several months to filter down in to the real economy, and officials at the Bank of England will want to see how the last move plays out. Market forecasts suggest that no additional changes to the base rate are expected until at least the second quarter of 2019, and with the UK scheduled to leave the EU at the end of the first quarter it’s fair to say that a lot could change over this period.

“Indeed, it is hard to envisage a scenario where rates rise in Q2 2019. A ‘Soft Brexit’ would be met with a strong rally in sterling putting downward pressure on inflation, and if the BoE’s actions in the wake of the ‘leave’ vote are anything to go by, a ‘Hard Brexit’ is more likely to be met with rate cuts.

“We view Governor Mark Carney’s recent decision to remain at the helm over the Brexit transition as a positive, though with rates still pegged towards historic lows, we question how much scope there is for interest rates to play a role in reducing the impact of any unfavourable outcome.”

More in this category: « PFS reveals new Financial Planning Practitioner Panel for 2018/19 Paraplanners focus on key challenges at sold-out Powwow »
back to top