Register for Financial Planning Today website for FREE to view more stories and get our daily newsletters. Click on 2 stories to see Registration pop up.
Thursday, 06 December 2018 12:13 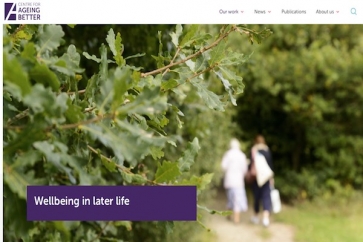 Employers have been urged to speak to staff about changes to the State Pension which come into force today.

Today marks the first time that someone turning 65 will not be eligible for a State Pension.

The increases to the State Pension Age will result in a pension age of 66 for both men and women by October 2020.

As the changes began to take hold a new report said “a significant number” of people were worried about leaving work and highlighted a lack of planning and preparation for retirement across society, especially among women and people on lower incomes.

As working lives and retirement patterns change, the Centre for Ageing Better says employers need to talk more openly with their staff about retirement and provide support and guidance to help them to prepare.

According to The Centre for Ageing Better’s report on retirement, published today, only half of those who plan to retire in the next five years are looking forward to it.

Two in five (41%) are worried about managing their money; a third are concerned about feeling bored (33%) and missing their social connections from work (32%); and nearly a quarter (24%) worry about losing their sense of purpose once they retire.

The report concluded that there was a general lack of both preparedness and planning for retirement across society, particularly amongst those on lower incomes.

It also showed that women tended to engage in planning for life after paid work even less than men.

People with a high sense of control over the decision of when to retire were more likely to plan for the transition and to have better outcomes in later life as a result, it said.

Aideen Young, evidence manager at the Centre for Ageing Better, said: “We often hear that, following the removal of the default retirement age, employers have become worried about talking to older workers about retiring for fear of being ageist.

“And yet employers have a pivotal and very positive role to play to support people to think about and plan for this major life transition.

“As working patterns change and become more fluid, the need for support and guidance to help people think about their future only increases.

“Our message to employers is that ‘it’s good to talk.’

“Far from being a risk, being open and positive about how to manage the retirement transition will help them to retain experienced staff, who as a result will likely go on to experience more positive outcomes in later life.”