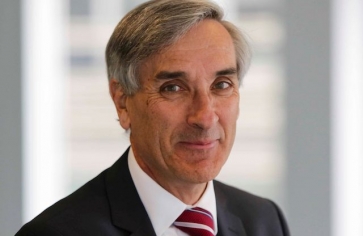 The two are among a large group of financial services and business leaders recognised for their services to the industry and also to charity and public service.

Sir John, who has worked for many years in City-based investment firms, was awarded a knighthood for his work in both the political and public service worlds.

He helped set up Evercore Pan-Asset Capital Management 10 years ago which was was later sold to Charles Stanley.

Dame Jane is a former chief executive of Virgin Money, the financial arm of the Virgin empire, and an outgoing chairman of the London Stock Exchange. She too has a long career in financial services and is one of the few women to have led a financial provider so far.

She has also been instrumental in the Treasury’s successful Women in Finance initiative which has encouraged nearly 300 providers to sign up to a charter designed to encourage more women to move up the career ladder in financial services.

Other figures to be recognised include:

• Companion of the Order of the Bath: Department for Work and Pensions director Julie Gillis, who is spearheading the DWP’s Pensions Dashboard project.

• Knight Commander of the Order of the Bath: HMRC chief executive Jonathan Thompson for his public service.

• Companion of the Order of the Bath: NS&I finance director Rodney Norman, recognised for services to taxpayers.

• Office of the Order of the British Empire: Anne Obey, director of Financial Reporting, Nationwide Building Society. For services to financial reporting and sustainable energy.

• Medallist of the Order of the British Empire: Mary Teresa Redman for voluntary financial services.

More in this category: « 250,000 NHS workers opt out of pension scheme Premium Bonds create 2 new millionaires at start of 2019 »
back to top