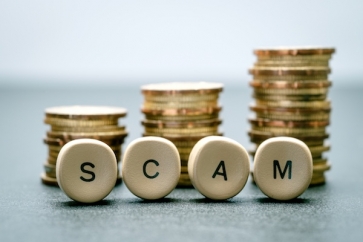 The Pension Scams Industry Group (PSIG), the voluntary body set up to support trustees, providers and administrators in combating pension scams, has published the results of a new study.

PSIG gathered information from three pilot providers - Phoenix Life Assurance Company, Standard Life Assurance Company and XPS Pensions Group - throughout 2018, with a view of obtaining a greater understanding of the transfers market and pressures faced by transferring schemes and administrators during the process.

The study claimed SIPPs were “the vehicle of choice by scammers”.

It also said quality of advisers topped the list of practitioner concerns, with member awareness close behind.

• Information on scams is not readily available at an organisational level

• Significant time and effort goes into protecting members from scams

• The more detailed the due diligence, the more suspicious traits are identified

Margaret Snowdon OBE, chair of PSIG, said: “This research highlights that some things we previously assumed are not necessarily the case.

“For example, the number of transfers originating from a cold call amounted to only six per cent, whilst the number of suspicious cases involving unregulated advisers or introducers was far higher.

“This shows that our efforts to convince individuals about the dangers of scams cannot simply focus on the cold-calling ban, as perpetrators are already using other means of contact – like email and online advertising, as well as word of mouth and factory-gating.

“Less surprisingly, we can see that the more in-depth due diligence undertaken by administrators where a request has been made, the greater the likelihood of finding red flags.

“Depending on the degree of due diligence carried out, the proportion of transfers raising concerns ranged from 0.5% to 12% overall.

“This tells us that spotting potential scams is difficult and, unless considerable work goes into pursuing red flags and convincing customers of risks, many payments will be made into scam arrangements.

“Furthermore, it also became clear that when trustees were able to talk to the member directly, they were better able to communicate their concerns and, in some cases, members decided to withdraw their transfer request as a direct result.

“What has become very clear from the survey is that administrators collectively put a lot of effort into uncovering the same information in their separate organisations, when sharing that intelligence would both reduce the overall amount of effort and increase the level of protection to schemes and members.

“As such, considering how to create a safe and secure sharing environment for practitioners will be a key focus for PSIG in 2019.”

She added: “Scams destroy lives, so we need to do what we can to limit them.

“The statutory right to transfer constrains trustees in this regard, as they do not have discretion to refuse a transfer.

“Forthcoming legislative changes to restrict the statutory right to transfer will help to reduce the opportunity for scammers but, without the power to refuse, will increase the responsibility of trustees and the risks they face.”