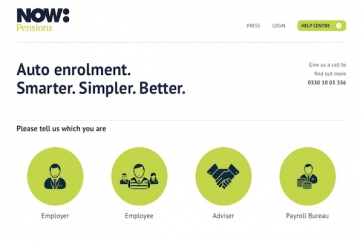 Savers could be short-changed by as much as £40,000 unless changes are made to the way auto-enrolment minimum contributions are calculated.

That is the claim made by Now: Pensions following the release of new analysis by the firm.

On 6 April, the lower qualifying earnings threshold will rise by £104, meaning employees won’t receive auto enrolment minimum contributions on the first £6,136 of their earnings each year.

For somebody earning £25,000 a year, this means only £18,864 of their salary is counted when calculating their auto enrolment contribution.

Adrian Boulding, policy director of Now: Pensions, said: “Auto-enrolment is helping 10 million people save for their future, which is a huge step forward.

“But the way contributions are being calculated are leaving many short changed.

“The rules are especially unfair for part-time workers who have the same £6,136 taken off their earnings as their full-time colleagues.

“The Government has an opportunity to give auto enrolled savings a shot in the arm by changing the way contributions are calculated.

“This is a measure we hope to see included in the Pensions Bill expected in the Spring.”