Register for Financial Planning Today website for FREE to view more stories and get our daily newsletters. Click on 2 stories to see Registration pop up.
Tuesday, 16 April 2019 11:06 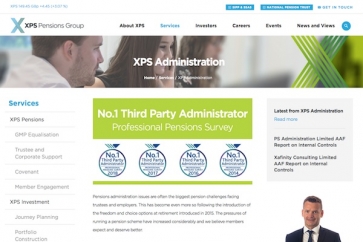 XPS Administration has called on pension schemes to get ready for the introduction of the Pensions Dashboard now.

Since 2010, The Pensions Regulator has encouraged pension scheme trustees to regularly review both common and scheme specific data.

XPS Administration believes that reviewing this now will be a benefit to scheme trustees and sponsors as well as members.

The Department for Work and Pensions (DWP) has confirmed that the Government have given the go-ahead for the Pensions Dashboard and has given pension schemes a three to four year window in which to get their data ready to go live.

In its consultation response published on 4 April, the Secretary of State for Work and Pensions, Amber Rudd, was quoted as saying the Government will facilitate the delivery of the dashboards as a “key priority” and hopes to see an industry dashboard developed and tested later this year.

Whilst it is not initially expected that the information required to be supplied by schemes will be complex, XPS Administration believes that these data requirements will become more detailed over time and will increase the need for improved pension scheme data.

David Watkins, managing director of XPS Administration, said: “Trustees should embrace the opportunity to improve their data now, in order to deliver the information members need to make decisions on their future benefits.

“Through identifying and locating members and ensuring complete and accurate data is held, trustees will be able to get to the source of all pension benefit calculations.

“This will allow for automation of calculations therefore reducing the risk of errors and providing accurate member data for the Pensions Dashboard.

“For sponsors, improving data not only improves the accuracy of the benefits being paid to members but creates a clean and efficient platform to introduce new options and engage with members around the choices available to them.

“We are seeing an increasing demand for our data cleansing services as more trustees and sponsors realise that having confidence in their underlying data can make a positive contribution to their pension scheme journey planning and long-term funding targets.”