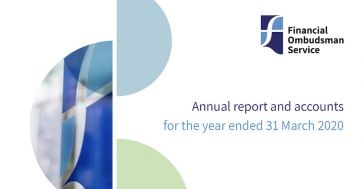 The Financial Ombudsman Services has made 128 staff redundant over the past 12 months as its workload has fallen, according to its 2019/20 Annual Report and Accounts.

Executive director David Cresswell, a former head of communications and director of strategy, left the service last year with a pay off of £137,202.

Figures in the report showed that the total number of staff made redundant in 2019/20 was 128 compared to 116 the previous year. In the past two years the FOS has made 244 staff redundant.

The annual report shows that chief executive Caroline Wayman received a remuneration package of £306,841, a slight increase on the previous year.

The report also reveals that two executive team members enjoy salary packages in excess of £200,000 per annum with three others just under £200,000.

Fees to board directors have been mostly frozen since 2012.

Overall staff costs fell from £159m to £149m as the impact of job cuts kicked in although there was a growth in the cost of contractor and temporary staff from £62m to over £69m.

The report also reveals that the FOS workload has nearly halved from over 500,000 complaints received a year in 2013/14 to 273,000 last year, mostly due to a decline in PPI complaints.

Investment and pensions complaints formed 29% of the total and there was a rise in complaints about SIPPs including “disputes about due diligence.”

There were 1,558 complaints about Claims Management Companies, a new area for the FOS.

There have been some Covid-19 related complaints, the FOS said, but so far not a “significant” number.

More in this category: « STM adds £5m to takeover war chest FSCS declares 45 firms in default during lockdown »
back to top