Register for Financial Planning Today website for FREE to view more stories and get our daily newsletters. Click on 2 stories to see Registration pop up.
Wednesday, 13 April 2022 12:18

FOS pushes back complaints to firms 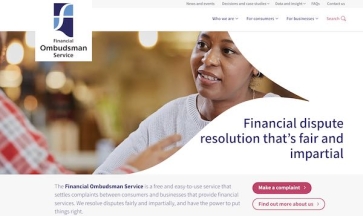 The Financial Ombudsman Service upheld a higher percentage of complaints in the second half of 2021 than the previous six months, latest data from the complaints handling service has revealed.

The percentage of complaints upheld rose from 34% to 37% as the service strived to reduce a pandemic backlog.

There was a sharp rise in the number of claims resolved by firms themselves after a campaign by the FOS to reduce its complaints backlog by encouraging firms to resolve some complaints themselves.

During the second half of 2021 the FOS received 73,200 complaints but in the last two months of 2021 1,243 complaints were resolved ‘proactively’ by firms themselves, the FOS said.

There is also a pipeline of some 5,000 complaints being proactively resolved by firms themselves with details to be published in the January to June 2022 data later this year.

The FOS says it has been pragmatically dealing with a backlog of complaints received during the pandemic and is trying to speed up complaints handling so consumers do not have to wait for long periods for a resolution.

The FOS said: “The initiative built on good practice we have already seen from some businesses and has encouraged firms to do more to help get answers to consumers more quickly.”

Some 216 businesses feature in the complaints data for the second half of 2021 compared to 249 in the previous six-month period.

Despite this there were still many hundreds of complaints about investment and life and pensions.

More in this category: « CPI shows modest rise in May to 9.1% New hire to boost Chartered Financial Planning business »
back to top