Register for Financial Planning Today website for FREE to view more stories and get our daily newsletters. Click on 2 stories to see Registration pop up.
Thursday, 12 May 2022 08:00 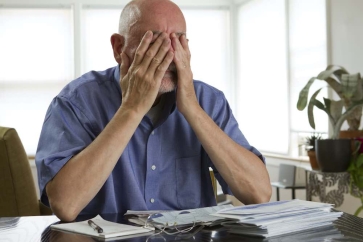 The individual wealth score of Britons fell by 8% in the first quarter of the year, according to the LifeSearch Health, Wealth and Happiness Index.

Almost three quarters (72%) of Britons surveyed said they expected to be worse off financially this year.

The average amount Britons expected their wealth to fall by this year was £3,020.

The wealth score measures the feeling of wealth among the population across a series of wealth and wellbeing measures.

Two thirds (66%) of Britons have re-evaluated their finances in some way over the past year, they said.

One in four (28%) Britons said they had saved money over the past year, in comparison with 39% the previous year.

The rising cost of living impacted the household finances of ethnic minorities the hardest.

According to the study from life insurance broker LifeSearch, 39% of Britons think the Coronavirus pandemic has had a negative impact on their household finances, rising to 51% of people in ethnic minority groups, and higher still among Pakistani and Bangladeshi people (58%) and Indian Britons (57%).

When asked in April, three-quarters (74%) of adults said their mental health has been negatively impacted in the last two years and of these, the rising cost of living (28%), closely followed by Covid restrictions (27%), were the top causes. In comparison, just 7% of these said the conflict in Ukraine and threats from Russia had the most detrimental impact on their mental health.

The fear of bills rising is a significantly bigger concern now compared to last year, with almost half (45%) saying they were worried about the rising cost of bills vs 24% last year. Older people (55+) were the most concerned (54%) about rising bills in 2022.

Lack of savings (17%) was also a top concern for Brits this year - rising to 24% among ethnic minorities, followed by fears of higher taxes (19%).

Debbie Kennedy, chief executive at LifeSearch, said: “While there may be a sense that after two long years the worst of the pandemic is behind us, the nation’s health, wealth and happiness is still not close to being back to levels seen pre-Covid. In fact, our happiness is at a record low, mental health issues remain high and the energy crisis, inflation and conflict in Ukraine point at another chapter of uncertainty.”

The annual Index from Lifesearch is built by the Centre for Economics and Business Research and supported by ongoing consumer research with 2,000 British adults by Opinium.