Register for Financial Planning Today website for FREE to view more stories and get our daily newsletters. Click on 2 stories to see Registration pop up.
Wednesday, 27 July 2022 00:05 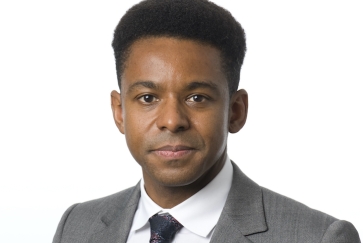 Sheldon Mills, executive director of consumers and competition at the FCA

The Financial Conduct Authority has extended the deadline for implementation of its new Consumer Duty rules to 12 months.

Financial Planning firms will get 12 months to comply with the new rules, rather than nine.

Under earlier drafts of the new Duty, financial services firms were expected to comply by April 2023.

The FCA issued its Policy Statement and Final Guidance on the new Consumer Duty rules this morning.

The regulator said it was giving firms 12 months to implement the rules for all new and existing products and services that are currently on sale.

The rules will be extended to closed book products 12 months later, to give firms more time to bring these older products no longer on sale up to the new standards.

The regulator had faced criticism of the timeline it suggested in its previous consultations, with many industry commentators saying April 2023 was too soon to properly implement the sweeping new rules which have been compared to the changes implemented by the Retail Distribution Review which banned commissions.

PIMFA welcomed the extension of the deadline.

Simon Harrington, head of public affairs at PIMFA, said: "The decision to extend the implementation of the Consumer Duty to 12 months for new and existing policies, and then another 12 months for closed books, is broadly in keeping with our recommendations to the FCA.

"We are pleased the regulator has listened to the industry and demonstrated a willingness to work with us to ensure this new regulation works well from the very beginning. Our focus now will be on supporting firms to implement the duty."

A quarter (23%) of 424 financial advisers surveyed by Abrdn in May said they expect to struggle with implementation deadlines being too tight.

The new duty requires firms to assess how they are meeting their customers’ needs, which the regulator said would enable it to quickly identify practices that do not deliver the right outcomes for consumers and take action before practices become entrenched as market norms. It is comprised of an overarching principle and new rules firms will have to follow.

Sheldon Mills, executive director of consumers and competition at the FCA, said: “The current economic climate means it’s more important than ever that consumers are able to make good financial decisions. The financial services industry needs to give people the support and information they need and put their customers first.

“The Consumer Duty will lead to a major shift in financial services and will promote competition and growth based on high standards. As the Duty raises the bar for the firms we regulate, it will prevent some harm from happening and will make it easier for us to act quickly and assertively when we spot new problems.”

The FCA’s final guidance to provide firms with the information to implement the Duty will be available on the regulator’s website from 7am.