Election 2015: Investors to up UK exposure despite uncertainty 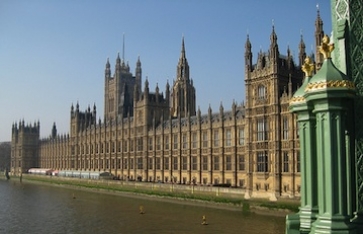 Parliament - who will be forming the next Government there?

Great uncertainty hangs over the outcome of the General Election result as voters get set to go the ballot boxes tomorrow.


Yet, despite this, a survey out today suggests 26% of investors will increase their exposure to the UK market.

The opinion polls, both recent and the average over the last few months, show the two largest parties – Conservatives and Labour – neck and neck.

Pollsters and commentators believe another hung Parliament with no overall majority for anyone party is the most likely result.

Speculation has been rife about what will happen in these circumstances, with doubts surrounding the legitimacy of potential minority Governments or alliances that may need to be formed.

Fidelity Personal Investing has found, however, that contrary to expectations, a quarter of investors were likely to increase their exposure to the UK market.

Only 11% said they might reduce their UK investments. Investors aged between 18 and 34 were most buoyant about its prospects, with over two-thirds saying they were likely to boost their UK exposure.

Tom Stevenson, investment director at Fidelity Personal Investing, said: "It is often said that markets dislike uncertainty but the survey results show investors are remarkably relaxed about the outcome of tomorrow's 'too-close-to-call' election.

"This goes some way to explaining the market's recent resilience in the face of opinion polls showing the two major parties neck and neck.

"Wide discussion of the many different possible outcomes means that investors are unlikely to be too surprised on Friday morning when markets open. Although a market wobble remains a possibility during the negotiations to form a government, so too does the opposite – a relief rally."

Chris Kitchenham, director at Walker Crips, said: "The impending election has created uncertainty as UK equity markets have come to trust the current coalition and markets don't like uncertainty.

"The problem for the market is the probability of experimental coalitions that could potentially weaken the economy and erode investor appetite for UK equities.

"Post election, gilts and sterling may weaken regardless of which party takes power. International investors are unlikely to trust a Miliband led administration, however, equity markets tend to like Labour governments as they tend to take the fiscal handbrake off."

Christopher Mahon, investment manager and director of asset allocation research, at Baring Asset Management, said the situation is somewhat similar to what occurred during the Scottish Independence vote, with the equity markets relatively unmoved but the pound experiencing some big moves.

But he said: "We do not think a repeat of the falls to sterling in the run up to the Scottish independence referendum is likely. Back then, many investors had not taken the vote seriously until the week before the election and GBP fell sharply in the days before. By contrast, the election is something that has received extensive coverage in broker reports and commentaries."

Ugo Lancioni, portfolio manager, at Neuberger Berman, said: "Investors shouldn't forget the big picture: Volatile as this election may be for U.K. politics, it comes during a period of heightened uncertainty in world events, the global economy and financial markets.

"There might be a front-page story that affects sterling this week, but it's just as likely to have emerged from some event in global markets as from who has won the most seats at Westminster."

Professionals in and around the Financial Planning sector will be waiting to see what relevant legislation changes and reforms come about as a result of whichever new Government comes to power.