Register for Financial Planning Today website for FREE to view more stories and get our daily newsletters. Click on 2 stories to see Registration pop up.
Tuesday, 20 September 2016 12:19 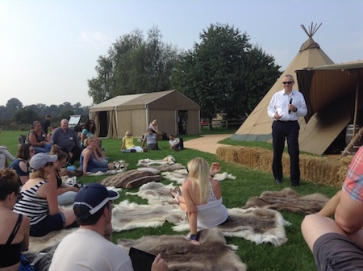 Rory Percival, FCA technical specialist, was speaking at the Paraplanners Powwow on Thursday

An FCA specialist has labelled some compliance officers ‘not very good’ and says they have “too much of a tick-box, back-covering approach”.

Rory Percival, technical specialist at the regulator, used to work in compliance himself.

He called for compliance professionals to up their game, as he heard from Paraplanners about details they have been asked to include in suitability reports.

Mr Percival said: “As an ex-compliance officer, I shouldn’t be saying this.

“I think there are compliance people out there who aren’t very good, who are over cautious and not focused on what the regulator really wants them to be doing.

“They have too much of a tick box back covering approach. I think the quality of some compliance people needs to improve.”

Speaking at the Paraplanners Powwow on Thursday, he told attendees he was “slightly befuddled” about why compliance people and advisory firms use a belt and braces or formulaic approach “when quite clearly the regulator and ombudsman says not to do that”.

“They really need to change some of these practices.”

He agreed with Paraplanners that there was no point recounting details to clients that they know already and that are contained in the fact find.

“It’s where you have all of that standard text and the client can say ‘that doesn’t apply to me’. Then we, the ombudsman, and court can start questioning some of the other stuff that is in the suitability report.

“If it’s all clearly individual to that client, the client can’t make a complaint that’s going to be successful.”

Mr Percival was addressing queries from Paraplanners about suitability reports, and first page summaries for clients.

One delegate said what they typically see in a summary are details such as a client is married, with two children, and it feels like they are telling the client what they already know and it is therefore invalid information.

It can be difficult from a Paraplanner’s point of view writing a personalised summary based on a document, rather than having a conversation with the client, she said, having not been at the meeting with the adviser and client.

More in this category: « Robo threat dismissed by unworried advisers 22% say cashflow model NOT key for true Financial Planning »
back to top