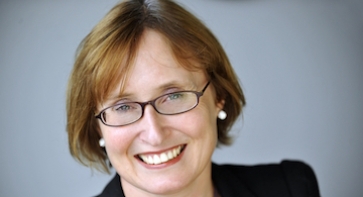 A leading pensions provider has warned that the election exit of a Treasury minister steering the Pensions Dashboard project and the implementation of the Financial Advice Market Review is of concern.

Treasury minister Simon Kirby was one of several ministers to lose his seat in the general election yesterday. It’s highly likely he will be replaced but with a hung parliament in prospect doubts are growing about two key projects for Financial Planners and the pensions sector, the dashboard and the FAMR.

Kate Smith, head of pensions at Aegon, said: “Simon Kirby losing his seat in the election mustn’t be allowed to put the success of Pension Dashboard in doubt. The dashboard already faced many challenges which can only be resolved by government involvement, such as compelling all schemes to provide data when customers requested this.

“It now risks losing momentum and following the way of ‘pot follows member’ an initiative  from the days of the coalition government, and being kicked into the long grass. This would not be a good outcome.

“Simon Kirby also led for the Treasury on the Financial Advice Market Review. Hopefully, this is sufficiently well established to carry on regardless, but we need to keep focus on the ultimate aim of closing the advice gap – in uncertain times, the need for advice is even greater.”

She also said that recent government work on tackling pension scams should not be derailed by the election result.

“Pension scams are on the increase and this issue isn’t going to go away. This is the type of policy detail that could fall off the radar if the industry does not continue to force the issue.

“We urgently need the government to introduce more powers to allow pension providers and schemes to block suspicious transfers to protect UK savers from losing their hard-earned pensions to circling sharks. Pension providers are doing all they can within the current rules.  This must not be a forgotten issues as scams ruin people’s lives.”

More in this category: « Chartered Financial Planners: Our take on election fall out Synaptic expands its investment risk rating service »
back to top