Register for Financial Planning Today website for FREE to view more stories and get our daily newsletters. Click on 2 stories to see Registration pop up.
Friday, 11 May 2018 09:20

One in five have lost track of a pension 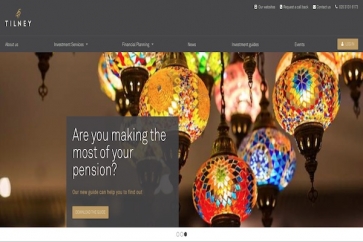 New research by wealth management firm Tilney has revealed many people’s retirement preparations are in disarray with nearly one in five UK adults admitting they have lost track of at least one pension pot.

The problem was said to have been exacerbated by changes in the employment market, with few people sticking to one job for life, meaning most end up with multiple pension plans.

According to Tilney’s research, the average person has worked for 5.8 employers by the time they were over 55 but this is set to rise as 18-34 year olds had already had, on average, more than four jobs and all businesses are now required by law to auto-enrol new staff into a workplace pension.

Projections by the Department for Work and Pensions estimate that the average person will have 11 employers over their working lives.

The report found that 1 in 5 admitted they have lost track of a pension at some point, the main reasons were they had “never kept an interest”, “lost paperwork” or “forgotten to notify providers of address changes.”

Of those who had moved home, 13% admitted they had never notified their pension providers of their change of address.

When asked how they would go about finding a lost pension, the largest number (32%) would contact their previous employer, but a fifth (20%) said they would have no idea how to find it.

Tilney called for a consolidation pension plan to combat the issue.

Andy James, head of retirement planning at Tilney, said: “The research shows the worrying level to which the private pensions of millions of Britons are in complete disarray.

“Alongside property, pensions represent one of the largest forms of private wealth in the UK and for most people these are going to be critical in funding their lifestyles in later life.”