Register for Financial Planning Today website for FREE to view more stories and get our daily newsletters. Click on 2 stories to see Registration pop up.
Thursday, 21 June 2018 11:41 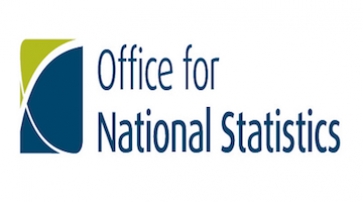 Pension transfers hit a new record of £10.6bn in the first quarter of 2018, ONS figures have shown.

It is believed the vast majority of the transfers were from people shifting from guaranteed DB schemes to more flexible defined contribution plans.

The figures confounded predictions that DB transfers had peaked last year and could also reflect significant transfers from large schemes such as British Steel.

FCA data previously showed that £5.5bn was transferred out in the fourth quarter of 2017 compared to £2.5bn over the same period on 2016.

The Pensions Regulator recently revealed, via the Freedom of Information Act, that pension savers transferred £14.3bn out of DB schemes in the 2017/18 period. 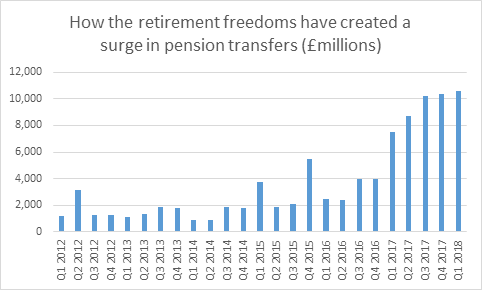 Tom Selby, senior analyst at AJ Bell, said: “The stampede to quit guaranteed defined benefit pension schemes shows no signs of slowing down, with the first three months of 2018 setting another record for pension transfers.

“We have witnessed a perfect storm for DB transfers in the UK, with a combination of the attractiveness of the Pension Freedoms, high transfer values and headlines about high-profile companies – most notably BHS and Carillion – going bust all undoubtedly influencing people’s decision to exit.

“The Q1 2018 figure also likely includes a large number of transfers away from the British Steel Pension Scheme.

“Over time pensions transfer volumes should edge downwards as the number of people with significant funds eligible for a transfer diminishes, but as things stand we remain in the eye of the storm.”

More in this category: « Provider urges Govt to exempt pensions and ISAs from IHT Ex-director banned and must pay £882k over ‘misconduct’ »
back to top