Register for Financial Planning Today website for FREE to view more stories and get our daily newsletters. Click on 2 stories to see Registration pop up.
Tuesday, 30 October 2018 12:31 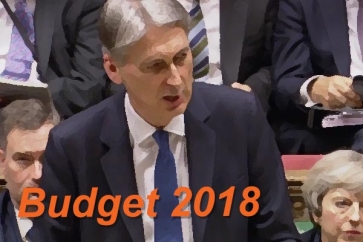 The Chancellor made not changes to pension tax relief an omission which won backing from the profession.

Tom McPhail, head of policy, Hargreaves Lansdown said: “Not for the first time, pension tax relief is the rabbit that never came out of the hat.

“Wider reforms of the pension system is needed, though it should be conducted in a measured way which promotes retirement saving, rather than a smash and grab to fill fiscal holes.”

Huw Evans, director general, ABI, said: “Many savers will breathe a sigh of relief that the Chancellor has resisted temptation and not raided pensions tax relief.

“After six separate cuts to these tax reliefs since 2010, savers need a period of pensions stability, especially after the tumultuous pension changes in recent years.”

Former Minister of State for Pensions, Baroness Ros Altmann, told Financial Planning Today: “After so much speculation that the Chancellor would look to raise money by reducing the generosity of pension tax relief, many will be relieved to see no changes announced.

“There have been so many reforms in recent years that a period of stability is helpful, especially as the auto-enrolment programme will be completed in April 2019.”

Steve Webb, director of policy at Royal London, added: “The Chancellor’s windfall from better-than-expected borrowing forecasts meant that he did not have to cut back pension tax relief in this Budget.

“But having described the system as ‘eye-wateringly expensive’ it is likely to be only a matter of time before this Chancellor – or his successor – comes back for more.”

And Alistair Wilson, Zurich’s head of retail platform strategy, said: “Savers will breathe a temporary sigh of relief that the Chancellor has resisted any further tinkering with pensions.

“However, the cost of tax relief is still likely to weigh heavily on Government coffers, and reforms could yet be in the offing.

“The absence of any piecemeal changes in the Budget is likely mean the Government will conduct a review of the system as a whole.

“This may add to consumer uncertainty in the short-term, which ahead of the Budget saw pension flows on our platform soar by 98% in September as savers rushed to make the most of pension tax relief.”