Register for Financial Planning Today website for FREE to view more stories and get our daily newsletters. Click on 2 stories to see Registration pop up.
Thursday, 15 November 2018 11:07 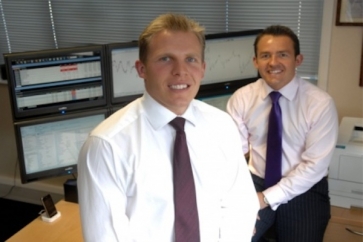 The FCA has confirmed that IFA brothers Alan and Russell Taylor have been banned for life after being jailed for 11 years on fraud charges.

The pair, who ran Norfolk IFA Taylor and Taylor Associates, admitted conspiracy to defraud earlier this year, after defrauding nearly 200 people out of almost £17m.

The brothers, both once members of the CISI, spent the proceeds on a lavish lifestyle, including hiring a private jet for more than £150,000, a boat worth more than £50,000 and an exclusive timeshare costing £260,000.

They also splashed out on several expensive Patek Philippe and Rolex watches worth tens of thousands of pounds each.

Alan and Russell Taylor, from Norwich, abused the trust of mainly local clients for six years by targeting retirees, or those approaching retirement, to persuade them to invest in a high-risk scheme called the ‘Vantage Trader Fund’ which they controlled.

The judge’s sentencing remarks were referenced in the FCA’s decision.

At the time Judge Bate said: “This was an elaborate and prolonged joint breach of trust against a large number of your own loyal clients, most of whom were already pensioners or soon to become so.”

Many victims found themselves having to continue to work following the fraud, rather than retiring as they had planned.

The FCA final notice said Russell Taylor “is not a fit and proper person to perform any function in relation to any regulated activity.”

It also said he had a “serious lack of honesty, integrity and reputation.”

More in this category: « DWP Secretary Esther McVey resigns over Brexit deal FCA plans to change the way it calculates fees »
back to top