Register for Financial Planning Today website for FREE to view more stories and get our daily newsletters. Click on 2 stories to see Registration pop up.
Thursday, 21 February 2019 10:25 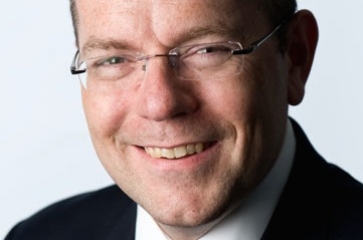 In its first formal decision under its competition enforcement powers the regulator named the firms:

The watchdog has not imposed a fine on Newton because it said it was “given immunity under the competition leniency programme.”

The infringements consisted of the sharing of strategic information, on a bilateral basis, between competing asset management firms during one initial public offering and one placing, shortly before the share prices were set.

The firms disclosed and/or accepted otherwise confidential bidding intentions, in the form of the price they were willing to pay and sometimes the volume they wanted to acquire.

This allowed one firm to know another's plans during the IPO or placing process when they should have been competing for shares.

Asset managers bid for the shares they want in IPOs and placings against competing asset managers in prevailing market practice.

If asset managers share detailed and otherwise confidential information about their bids with each other, they undermine the process by which prices are set.

This can reduce pressure to make bids that reflect what they really think the company is worth.

This could reduce the share price achieved by the IPO or placing and so raise the cost of equity capital for the issuing company.

Firms rely on such capital as a way of financing investments, so unlawful information sharing could increase the cost of related investments or even make them unviable.

Christopher Woolard, executive director of strategy and competition at the FCA, said: “This is our first case using our competition law powers and demonstrates our commitment to taking enforcement action to protect competition.

“Asset management firms must take care to avoid undermining how prices are properly set for shares in both IPOs and placings. Failure to do so risks them acting illegally.

“The FCA will act when markets that play a vital role in helping companies raise capital in the UK’s financial markets are put at risk. We can also take regulatory action against an individual and did so here with respect to some of the same facts.”

Over £31bn was raised on just the London Stock Exchange (LSE) markets in new investment between 2015 and 2018.

The FCA says this shows how important it is to protect competition in the primary capital markets during a book-building process.

Meanwhile the regulator decided that there were no grounds for action in respect of conduct between Artemis Investment Management LLP and Newton that took place between April and May 2014 in relation to an IPO.

Separately, on 5 February 2019, the FCA announced that it had fined an individual under the Financial Services and Markets Act 2000 (FSMA) for conduct related to some of the same facts investigated under the Competition Act.

Under EU law firms found to have breached the relevant terms of the Treaty on the Functioning of the European Union (TFEU) can be fined 10% of its annual worldwide group turnover.

More in this category: « Online 'Howwow' to look at Paraplanner processes Bruno Schroder dies at 86 following short illness »
back to top