Register for Financial Planning Today website for FREE to view more stories and get our daily newsletters. Click on 2 stories to see Registration pop up.
Wednesday, 02 February 2022 08:39 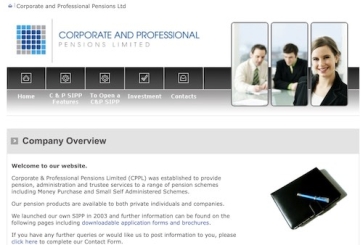 The firm appointed Smith & Williamson as administrators yesterday, according to an FCA update.

Clients of the Dorset-based firm can expect a letter from Smith & Williamson within the next seven days explaining what action they need to take.

The Financial Ombudsman Service received a number of complaints against Corporate & Professional over the past few months due to issues surrounding introducer firms and due diligence. The Ombudsman said that if the firm had carried out adequate due diligence it should not have accepted business from the introducer firms in question.

The Ombudsman found against the firm in a number of pension transfer complaints in the second half of last year.

The Financial Services Compensation Scheme is working with the FOS on claims.

Corporate & Professional can continue to operate existing pensions while the administrators look for a new operator.

The administrators will continue to accept regular contributions from clients into their pensions although this will be kept under review.

Pension assets are held by C&P Trustees which has not entered administration.

The Financial Conduct Authority warned Corporate & Professional clients to be alert to the possibility of fraud.

The FCA said it was encouraging the Smith & Williamson to push for the transfer of Corporate & Professional’s clients to another FCA regulated SIPP operator.

The FSCS will also now investigate whether there are any claims that meet their qualifying conditions for compensation but it has not yet opened customer claims against the provider.

Corporate & Professional launched its first SIPP in 2003 and is based in Weymouth, Dorset. It is one of several SIPP providers to have failed in recent months.

In January the FSCS told clients of failed SIPP provider Forthplus Pensions to bring claims against their financial advisers.  Edinburgh-based Forthplus went into administration in October.

The firm faced a string of complaints to the Financial Ombudsman about due diligence prior to taking on pension savers. The FSCS said clients should submit a claim against their financial adviser before claiming against the provider.

iPensions Group acquired the business assets of the closed SIPP firm in December, with assets under management of around £500m.

The FCA ordered that Cambridgeshire SIPP provider DAC Pensions Limited be placed into insolvency in August after the firm accepted business from unauthorised introducers without the proper vetting required by the FCA. The FCA said the small SIPP provider, authorised by the FCA since September 2017, failed to carry out adequate due diligence checks on two introducer firms.