Register for Financial Planning Today website for FREE to view more stories and get our daily newsletters. Click on 2 stories to see Registration pop up.
Monday, 03 December 2018 10:07 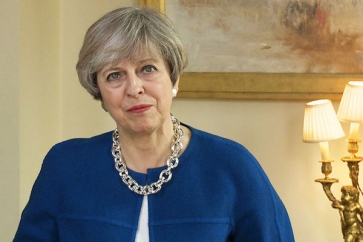 Prime Minister Theresa May and Pensions Minister Guy Opperman have both voiced support for the Pensions Dashboard as plans are due to be announced this week to move the proposal forward.

Despite the positive sentiment, industry experts are concerned that a lack of compulsion on all pension schemes to take part will undermine the project.

Mrs May launched a £5m feasibility study at the weekend to move the Pension Dashboard forward, giving pension savers the chance to access all their pension details on their mobile or a home computer, possibly as early as next year.

Parliament is due to learn more details of the plans today.

However, Steve Webb, director of policy at Royal London and a former Pensions Minister, while welcoming the news, is worried that without early legislation the plans could take years and end up being piecemeal.

He said: “After months of delay, it is good news that plans for the pensions dashboard have finally been published.   With workers potentially starting a different pension every time they start a new job, being able to see all of your pensions in one place will be vital.

“To make a dashboard work, it is vital that the government legislates to require all pension schemes and all pension providers to take part, otherwise the dashboard will be like a jigsaw with missing pieces.

“A comprehensive dashboard is likely to take several years to develop and the government needs to move quickly now from consultation mode to delivery mode. Several other countries have had dashboards for years and it is time the UK caught up.”

Anthony Rafferty, managing director of industry technology body Origo, said the Pensions Dashboard will lead to a new level of engagement between pension savers and the pensions sector but there must be clear guidelines on what’s included.

He said: “Origo is delighted to see the Prime Minister and  the Minister for Pensions and Financial Inclusion both re-affirming that the Government is committed to ensuring the delivery of Pensions Dashboards and welcoming the industry’s own commitment to this important initiative.

“There is no doubt in my mind that Pensions Dashboards will be instrumental in helping people to become more engaged with their pensions and also their retirement planning. With suitable controls and combined with education, guidance and advice Pensions Dashboards can be a massive catalyst to help consumers prepare for, and equally importantly, enjoy their retirement.”

“We believe there are four key issues that now require strong Government leadership and further detail and so that the industry can deliver the Pensions Dashboard:

3. Inclusion of the State Pension.