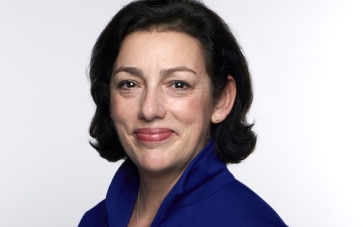 The Financial Ombudsman Service is planning to increase its budget by £44m to £283.8m in 2022/23 to cope with an expected increase in more complex cases.

FOS says the near 18% increase is necessary to pay for a growing number of complex cases and investment in the organisation to tackle backlogs and improve productivity.

The compulsory jurisdiction levy will increase by £10m to £106m to help pay for the proposed increase.

The FOS will also cut back on free cases but says the individual case fee will remain at £750, according to its budget proposals published today.

The FOS is opening a consultation on the draft budget which runs until 31 January.

FOS interim chief executive and Chief Ombudsman Nausicaa Delfas say the FOS is in a pivotal year as the PPI case bulges ends, with 2m cases dealt with, and more complex cases taking their place.

She said: “PPI is finally coming to a close. Having resolved over two million cases, we are now transitioning towards a world beyond it. Not only does this mark a key turning point for our operations, it also has a significant impact on the funding approach that has underpinned the Financial Ombudsman Service since 2014. As we have said previously, we will no longer be able to rely on the economies of scale generated by PPI.

“We have seen significant increases in non‑PPI cases since the start of the pandemic. Incoming volumes of around 90,000 more than we expected over that period have resulted in our backlog and waiting times for customers being too long. We have been making a concerted effort to reduce the backlog as part of our plans for this year (2021/22), but are not expecting a decline in cases, which will continue to challenge that effort.”

Of the complaints it expects to receive in its next financial year it believes the majority will be related to banking but it forecasts it will receive 17,600 new complaints about investments and pensions and 500 complaints about CMCs.

Ms Delfas says the FOS has managed to cut its backlog of cases in half over the past year and aims to raise productivity and increase speed of response to consumers in the coming year to keep control of costs.

More in this category: « Govt could push back State Pension Age for millions GAM fined £9.1m by FCA over conflicts of interest »
back to top