Fines are just one tool to tackle misconduct - FCA 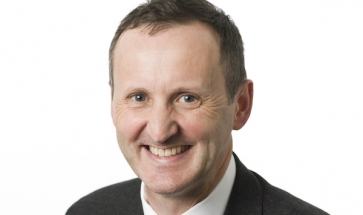 Fining firms is only part of the solution to rooting out misconduct in the financial system, the FCA has said.

Mark Steward, the regulator’s director of enforcement and market oversight, spoke to a recent conference about a range of topics including the financial crisis 10 years on and his experiences of handling misconduct and enforcement.

Speaking at the Banking Litigation & Regulation Forum, in London last week, he said he favoured prevention and detection ahead of punishment.

His comments suggest the FCA does not see fines as the primary solution to beating misconduct, just part of its toolbox of enforcement.

He said: “Underlying these propositions is the prosaic fact that the incidence of misconduct can be reduced, but not wholly eradicated by better conduct and regulation: things will continue to go wrong and will need enforcement and supervision.

“The prosaic fact means our ability to anticipate better, to detect and to manage what has gone wrong, especially our ability to detect suspected misconduct, as early as possible, needs to improve.

“The approach to enforcement suggests, perhaps provocatively, that good enforcement is not achieved by higher fines if we don’t have robust, accurate and faithful processes for detecting misconduct in all its guises and acting quickly and effectively.

“This is not an argument for lower fines at all but an argument in favour of better detection and effective investigation in tandem with robust sanctions that should be as tough as they need to be.”

He added: “There is much to be said for the effect of a mixture of regulatory interventions working strategically together, including enforcement, rather than a series of siloed responses.”

He said imposing lower fines would encourage them to do this.